Dominant Demourkas Becomes First Two-Time Winning Skipper In Class History
Båstad, SWEDEN (5 August 2012) – With a strong lead over the 2012 BMW Farr 30 World Championship fleet going into the final day of racing, California sailor Deneen Demourkas needed only sail conservatively to clinch her second consecutive World title for her Groovederci team.  But instead of covering her opposition on the penultimate race of the Championship, Demourkas continued to do what she’s done in Laholm Bay all week:  She won the pin, punched out ahead of her competition, crossed the fleet, and ran away with the victory.  It was Demourkas’ fifth bullet of the week, and for tactician Cameron Appleton, it was tougher than it looked.  “Reading the wind wasn’t easy out there, but we stuck to our plan, the team executed brilliantly, and Deneen took care of the rest,” he said. 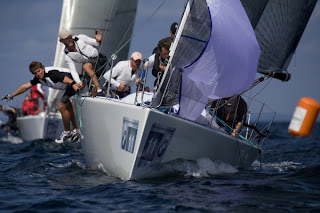 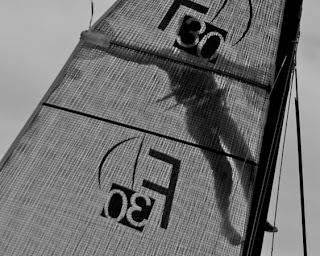 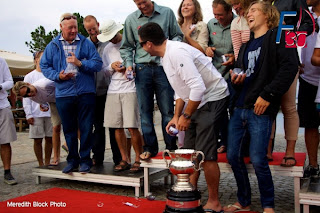 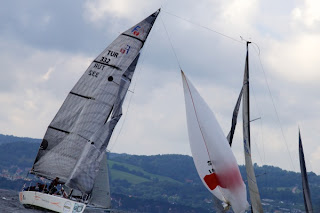 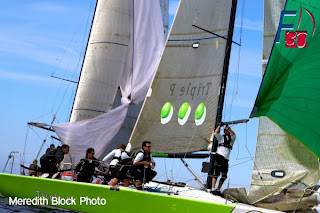 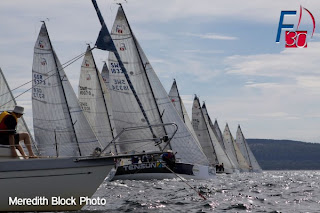 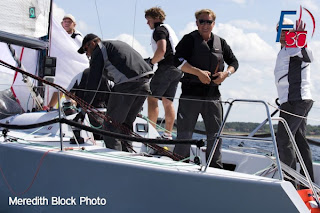